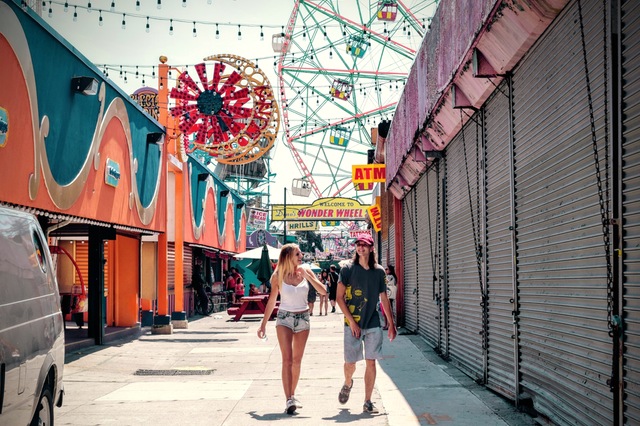 Another great reason for visiting Ottawa or living here – the events in Ottawa are spectacular. There is always something going on. There are so many events and festivals that take place here at various times of year that you are almost certain to find one that interests you while you are here. Some of them are even world famous and attract visitors from all over the world. Besides festivals, there are also a lot of different Shows and Exhibits in Ottawa such as shows on weddings, home renovations, sports and much more. There are also plenty of local Ottawa fairs to bring the entire family to.

Ottawa is a great city for supporting local (and national charities). Here we host hundreds (if not thousands) of Ottawa Fundraisers which are a lot of fun and well worth attending too! We try our best to get to a few events, festivals or fundraisers in Ottawa each year. We love the variety! Some of them we only need to spend a few hours at but others we want to spend an entire weekend.

We don’t know about all of the smaller events and festivals around Ottawa. We would love to hear about any upcoming ones that are taking place that we haven’t listed below. So, please contact us if you are involved or organizing a smaller festival around the Ottawa area.

A special collaboration with the Canadian National Institute for the Blind

bringing elements of theatre, concert music, and sight together

Porchfest
September 9, 2017
This unique (and free!) music festival takes place at volunteered porch’s and storefronts throughout the city. The first batch of performers start at 1pm. Visit their event page for a full list of performers and venues.

Bluesfest
July 6 – 16, 2017
Lebreton Flats
We hope you enjoyed this year’s Blues Fest! If you missed it, stay tuned for next year’s dates and lineup. Read more on our Ottawa Bluesfest page.

Canada Day
July 1st (every year)
We’ve just wrapped up the biggest celebration yet for Canada’s 150th birthday. If you missed out, not to worry. You can rest assured that Canada Day in Ottawa will always the biggest and bestest party in Canada! (Yes – I know “bestest” isn’t a word) Not only are there a ton of activities planned downtown, but most suburbs around Ottawa  plan some big events too!

The Canadian Tulip Festival
May 11 – 21, 2018
It is difficult to describe how absolutely beautiful this is. There are literally thousands of tulips of varying colour. It sure is a sight to see. But it doesn’t stop at just the tulips – there are exciting shows and exhibits too. What a great way to say goodbye to winter and hello to Spring (actually at this point we are nearing the end of Spring and heading into summer). Read more about the Canadian Tulip Festival in Ottawa.

Capital Pride Festival
August 27, 2017
The Rainbow Community has done an amazing job putting on this festival, including the iconic parade, year after year. We’re excited to see what’s in store for this summer. Come on out and show your support! Complete details of the event can be found on their home page.

Carivibe
June 17, 2017
Petrie Island, Orleans
CARIVIBE patrons are treated to international steelbands who explode with pulsating rhythms and melodies of Calypso, Soca, Reggae and Latin vibes. Caribbean artists and dance groups alongside well known soca, reggae, Latin, R&B and hip hop DJ’s are showcased. There is also an array of classic Caribbean cuisine and beverages available for patrons to satisfy their appetite, as well as a showcase of arts, crafts, cultural clothing and accessories from different islands, provided by members of Ottawa’s artistic community. Didn’t get to take that trip south this year? Get a taste of the Caribbean at this fantastic annual event. Stay tuned for details on next year’s festival.  Check here for info about this year’s events.

The Changing of the Guard Ceremony
From late June to late August at 10am every morning on Parliament Hill. This is one of the most popular events in Ottawa and shouldn’t be missed. If you live here and you haven’t seen it yet, you really should go.

Canada Dance Festival
July 2 – 16, 2017
A collection of contemporary Canadian and international dance on film and video will also be presented at Film Dance, a collaboration with the Canadian Film Institute and Moving Pictures. Stay tuned for the 2018 calendar.

Christmas Lights Across Canada
December (annual)
If you are here in Ottawa during the month of December you should take a drive or a stroll downtown to see the beautiful lights at Parliament Hill and other sites along Confederation Boulevard! What a sight to see!

Doors Open Ottawa
June 2 – 3, 2018
In 2017, 162 historically, culturally, and functionally significant buildings opened their doors to the public in honour of Canada’s 150th birthday, resulting in the city’s biggest and busiest Doors Open event since its inception in 2002! This is something all Canadians and visitors alike should do at least once!
Read more about this unique event on our Doors Open Ottawa page.

Fall Rhapsody
Gatineau Park
A celebration of the changing colours within Gatineau Park, usually taking place from the end of September until the middle of October. Visitors and residents can experience the magical fall colours in a quiet and relaxed atmosphere while hiking, bird-watching, trail exploring, picnicking and enjoying the outdoors.
Two words: Absolutely breathtaking! You haven’t seen scenery until you have experienced this. The colour of the trees in Gatinau Park in the Fall is so stunning. The entire park is filled with bright, vibrant red, yellow and orange leaves. You will be surrounded by natural beauty. If we can make one suggestion – please, please don’t forget your cameras.

Festival of India
August 11 – 13, 2017
Marion Dewar Plaza
This festival showcases the culture and heritage of India through music, dance, workshops on yoga, handicrafts, panel discussion and Indian cuisine. Most notable for me this year is “A Canadian Dream: Hockey Night in Indo-Canada”. Can’t wait to check that out! The full program and more can be found on their page.

Franco-Ontarien Festival
June 15 – 17, 2017
Lots of activities for the whole family. Don’t miss the concert that they hold each year. Stay tuned for updates on next year’s festival.

Gatineau Hot Air Balloon Festival
August 31 – September 4, 2017
Look up! Look way up! You won’t believe some of the balloons in the sky. Over 100 balloons from different countries fly high for your viewing pleasure! You can also come and enjoy the rides and see the exhibits. This year marks the 30th eddition of the Gatineau Hot Air Balloon Festival.

The Great Glebe Garage Sale
Always the 4th Saturday in May
This has grown increasingly popular over the past few years for those that live here.

HOPE Volleyball SummerFest
July 15, 2017
Mooney’s Bay
Even if you don’t play volleyball this is the world’s largest beach volleyball tournament. It shouldn’t be missed. Over 10,000 players play in over 5,000 games! All of it for a great cause! This year’s charities were: The Sexual Assault Support Centre of Ottawa, Children at Risk, Dress for Success, Shepherds of Good Hope, Ottawa Community Housing, and the Waupoos Foundation. Stay tuned for next year’s dates.

Italian Week
June 8-18, 2017
Held every year on Preston Street (a short walk from Dow’s Lake Pavilion) this festival includes great Italian food, music & fun! We hope you had a blast this year. If you missed it, next year is just around the corner!

Ottawa Wine & Food Festival
November 3 – 5, 2017
Ottawa Convention Centre
One of our favourite festivals!! This is a great place to sample new wines and delicious food!

Music and Beyond Festival
July 4 – 17, 2017
Music and Beyond offers 80 concerts and events, featuring some of the best musicians from across Canada, as well as from around the world. If you enjoy classical music, orchestras, choirs, and bands then you won’t want to miss this event.

Musical Ride
June 23, 2017
You don’t want to miss out on this amazing event put on by the Royal Canadian Mounted Police (RCMP). More information can be found on our RCMP Musical Ride page. 2018 dates should be released shortly.

Tamarack Ottawa (National Capital) Race Weekend
May 26 – 27, 2018
Walk, run or in-line skate along the Rideau Canal. There are 9 different events including a full marathon, half marathon, family run, 10k and 5k runs. Register now to give yourself that extra little push to stay active!

Ottawa Dragon Boat Race Festival
June 21 – 24, 2018
I’ve taken part in a few dragon boat festivals back in my Halifax days and they’re something to see. Ottawa’s is no exception. The 2017 festival featured a performance by the Sheepdogs along with many talented local bands. Stay tuned for the 2018 lineup, I’m sure you won’t be disappointed!

Ottawa Jazz Festival
June 22 – July 2, 2017
The TD Canada Trust Ottawa International Jazz Festival is the premier music event to take place in the heart of downtown Ottawa. Entering its 30th year of consecutive programming, the Festival boasts the biggest loyal audience of any event in Eastern Ontario. It has presented some of the most dynamic jazz artists on the scene, from the traditional to the avant-garde, such as Herbie Hancock, Salif Keita, Dave Brubeck, Roy Haynes, Toots Thielemans, Branford Marsalis, Béla Fleck, Kenny Werner, Stanley Jordan, Sonny Rollins, Terence Blanchard, Diana Krall, D.D. Jackson, Maynard Ferguson, and John Mayall to name only a few.

The Ottawa International Children’s Festival
May 10 – 14, 2017
For over 25 years, the Ottawa International Children’s Festival has been holding a five-day extravaganza of the finest quality theatre, dance and music for young audiences in our community. We create programs for children aged four to 15 focused on enriching school curriculum and promoting the arts as an integral part of children’s education. We have hosted performers from Brazil, Kenya, Peru, Holland, France, England, Germany, Denmark and China, as well as artists from around Canada. Come and join us for an amazing performing arts experience that will excite and amaze the whole family!

City Folk Festival (formerly Ottawa Folk Festival)
September 13 –  17, 2017
The Great Lawn at Lansdowne Park
This festival hosts musicians from all over North America. Read about this year’s lineup and more on our CityFolk Festival page.

Ottawa International Animation Festival
September 20 – 24, 2017
Come out and see the amazing animation that is presented from animators & students from around the world.

Ottawa Turkish Festival
Usually taking place around Labor Day weekend, it is unclear whether this event still exists. If you have any information about this event, help us out and drop us a line on our contact page.

Remembrance Day – National Ceremony
November 11
National War Memorial
Ceremonies paying our respects to our fallen soldiers happen in all major cities and most communities across this great nation. However, I’m sure I don’t need to explain why Ottawa’s is the largest and most significant. If you have the opportunity to get to the War Monument (near parliament) to experience this incredible tribute at least once, I strongly recommend it.

Sound and Light Show – Mosaika
July 11 – September 16, 2017 (nightly)
Parliament Hill
Huge images are displayed on the Parliament buildings to words and music. It is a 30-minute, free performance that is held nightly. Times vary as the time of sunset changes. It starts at 10pm in July, 9:30 in August, and 9pm in September. Read more on our Sound and Light Show page.

Winterlude
February 2 – 19, 2017
If you haven’t heard of this amazing festival then you are in for a treat. There are so many activities for all different age groups. Check out the ice sculptures, catch a skating show, test your own skating abilities on the Rideau Canal (the world’s longest skating rink) or sit inside and sip on a hot chocolate! Read more on our Winterlude page.

If you are interested in going to a live concert than see our Ottawa Concertspage.

Enjoy one of the many events in Ottawa!

Leave Events in Ottawa and return to Homepage 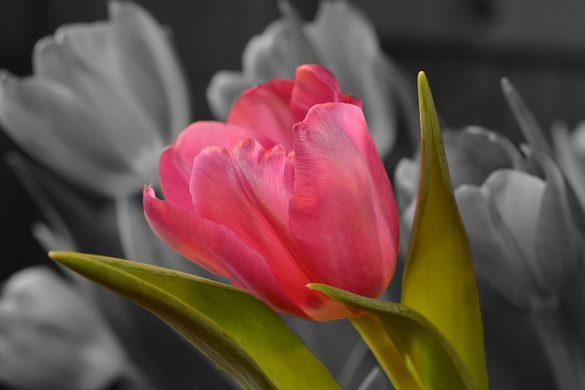 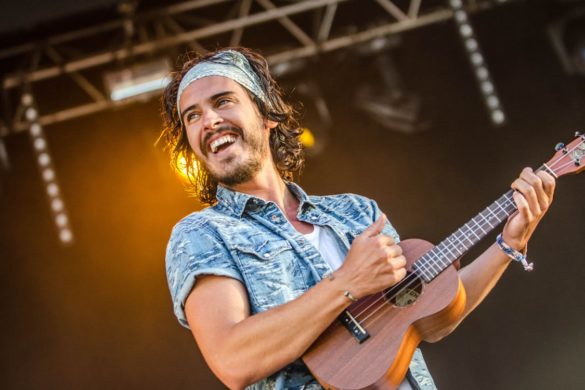 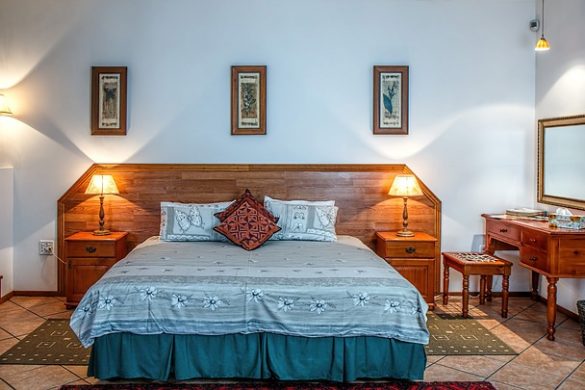 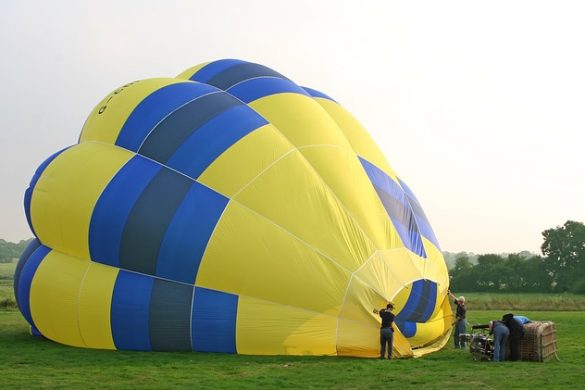 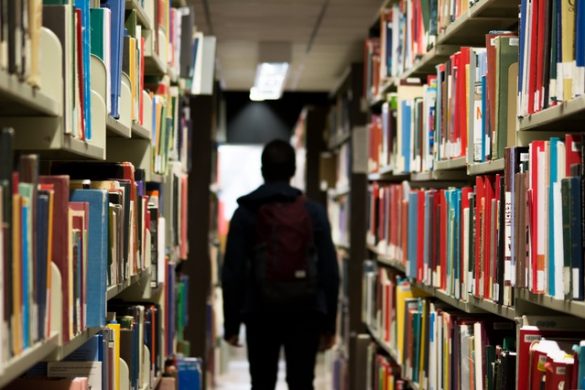 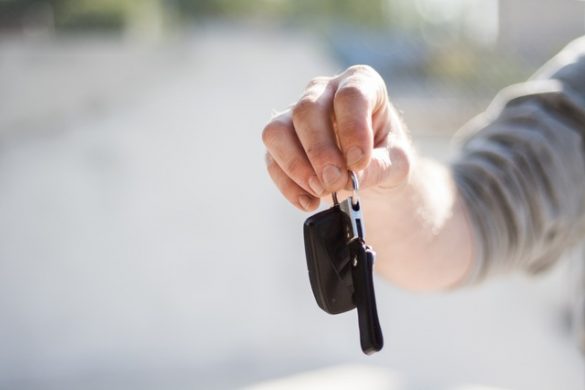 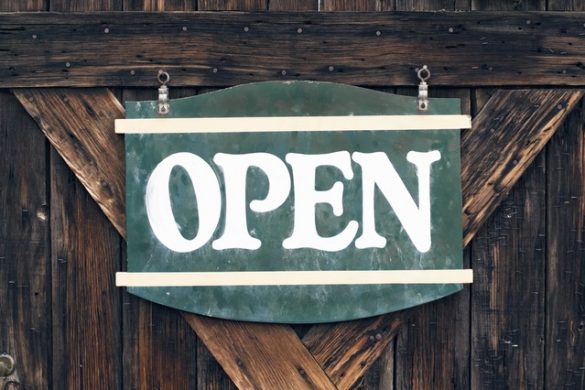